The Temple of Philae: A Tourist's Guide

The history and architecture of the breathtaking Philae Temple Complex in Aswan, Egypt, will be covered in this guide. It will also attempt to address some of the most frequently asked questions regarding the site, such as: What is the temple's history?  How to get there? Why should I visit the Temple of Isis?

What You'll See Inside

When you enter the temple, you'll first notice the massive granite columns supporting the roof. These columns are adorned with hieroglyphs depicting the myth of Isis and Osiris. The temple walls are also covered in hieroglyphs that tell the story of the world's creation and Egyptian mythology, and depictions of Isis resurrecting Osiris back to life, bearing Horus, and mummifying Osiris after his demise.

The Sanctuary of Isis, where the goddess statue would be located, is the temple's main room. The figure is now on display at the British Museum. A colonnade surrounds the sanctuary, decorated with scenes of Osiris and Isis.

The Temple of Philae is one of Egypt's best-preserved temples. Anyone interested in Egyptian history and architecture should go.

The Island of Philae was formerly the site of an ancient Egyptian temple complex where an elaborate network of ancient Egyptian temples was initially located. The temple was constructed in the early Ptolemaic era and was dedicated to the goddess Isis. Visitors worldwide came to the temple, one of Egypt's most significant religious monuments.

The site of the temple complex is now completely buried under a dam's water. Before the Aswan High Dam building, the temple was disassembled and moved. The current temple is now on the nearby Island of Agilkia.

The Philae temple was renowned for its exquisite architecture and magnificent reliefs. The renowned Philae Obelisk, now on exhibit in the British Museum, was also once housed in the temple.

Attractions at the Temple of Philae

The Temple Entranceway: the first pylon and colonnade

Entering the main temple area is via the First Pylon. Its central gateway, two towers, and 18-meter-high entrance are all adorned with reliefs created by Nectanebo.

A doorway provides direct access to the Birth House in the western tower. Two granite obelisks and two granite lions built by Euergetes II once stood in front of the tower.

Ptolemy XII is depicted in front of Amun, Mut, and other deities on the left or eastern tower. This pylon leads into a room featuring reliefs of Ptolemy IX Soter II standing before Isis, Hathor, and Horus, with his queen and Princess Cleopatra in front of Isis. There are reliefs of Ptolemy XII over another little entryway and standards representing the various names.

Entry to the Inner Isis Temple: the Second Pylon

The Second Pylon provides a suitably regal entrance to the temple's inner sanctum with a majestic gateway measuring 32 metres wide and 12 metres high.

The foundations of a tiny chapel are in front of the central gateway, which has reliefs by Euergetes II. Several severely faded early Christian paintings are inside the central doorway (on the right, above).

There are two little reliefs above. The king is shown giving a wreath to Horus and Nephthys on the right, and offering incense to Osiris, Isis, and Horus on the left, while pouring water on them.

The Philae Temple Complex is the ideal place to visit if you want to return to ancient Egypt. This temple is one of the best-preserved examples of Egyptian architecture and was constructed more than 2,000 years ago. The central courtyard is incredibly stunning, with its rows of columns and hieroglyph-covered walls.

You won't find a more singular experience than visiting the Philae Temple Complex anyplace else in the world. So why not put it on your travel wish list right now.

The Birth House (mammisi), honouring Hathor-Isis in recognition of the birth of her son Horus, is the structure on the western side of the Forecourt. The example on Philae is similar in layout to those of Dendera and Edfu.

Colonnades encircle it on all four sides, with sistrum capitals atop foliage capitals on the columns. Most of the reliefs and inscriptions on the walls, columns, and screens between the columns are the work of Euergetes II, Neos Dionysos, Augustus, and Tiberius.

The Kiosk of Trajan is a must-see! This ancient structure, also known as Pharoah's bed, is a stunning building with 14 imposing columns and capitals with floral carvings. The small temple was built in 113 AD by the roman emperor Trajan, and was used as a gateway to the Forum of Trajan. It is made of white marble and has eight columns, each over 20 feet tall. The Kiosk is an excellent example of the skill of early architects and is a must-see for anyone interested in history or architecture.

Why should I visit the Temple of Philae?

The Temple of Philae is one of the most beautiful and peaceful places on Earth. The temple honours the goddess Isis and is situated on an island in the Nile in Upper Egypt. It was a well-liked destination for ancient Egyptian pilgrims. One of the top tourist destinations in Egypt, the temple is now a UNESCO World Heritage Site.

In 1960 UNESCO started a project to try to save the buildings on the Island from the destructive effect of the ever-increasing waters of the dam.

Here are five reasons why you need to visit the Temple of Philae:

Best things to do when in the Temple of Isis

How to visit the Philae Temple Complex?

To visit The Temple Isis at Philae, you can use a variety of ways. Most cruises that travel the Nile between Luxor and Aswan include a stop at Agilika Island. Alternatively, many tour companies offer day trips from Aswan to the Philae temple complex and nearby attractions such as the Unfinished Obelisk and the Aswan High Dam. It is also possible to arrange a visit on your own.

Take a taxi from Aswan to the Marina Philae Temple - official boats await visitors to transport them to Agilkia Island.

Ride a boat from Aswan- You can catch a felucca from any of the docks near the Old Cataract Hotel. The journey will take about two hours, and once you arrive at the Island, you'll need to purchase a ticket from the ticket office.

Regular visiting hours begin at 7 a.m. to 4 p.m. (October to May) or from 7 a.m. to 5 p.m. (June to September). Adult admission as of 2022 is 50 EGP (approximately $3), and student admission is 25 EGP. If your bargaining skills are up to par, a return boat ride from the mainland to Agilkia Island should cost around 10 EGP -- although boatmen will usually try to charge you more. The Sound and Light Show costs $14 per person.

Note: Opening times and prices can change without notice so be sure to check before you go.

Egypt and its collection of ancient temples, history, and national treasures are one of the oldest tourist destinations in the world. Among the magnificent destinations is the Philae Temple in Aswan, where you can have two popular regional experiences: Ancient Egyptian Architecture and cruising the Nile river. The place is filled with romantic views, stunning structures, columns, history, culture and heritage spanning the Pharaonic, Ptolemaic, and Roman periods. 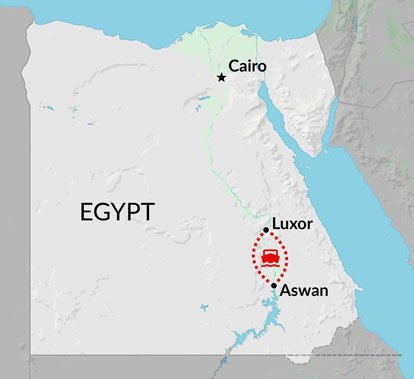 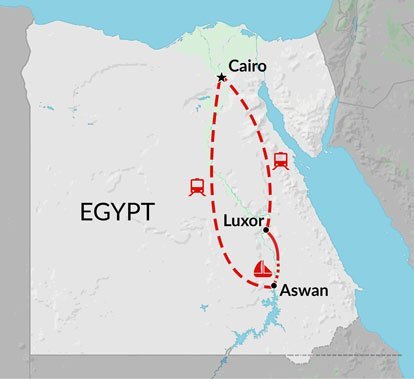 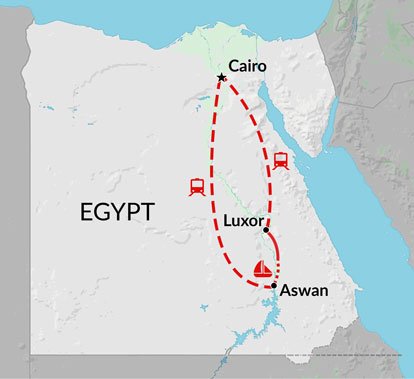 Museum of Islamic Art in Cairo: A Tourist's Guide

Tourist love visiting the Museum of Islamic Art in Cairo because of is home to an incredible collection of artefacts from all over the Muslim world. From intricate mosaics and beautifully-illustrated manuscripts to intricate metalwork and carved wood, there is something for everyone to admire.

Citadel of Qaitbay: A Tourist's Guide

The Citadel of Qaitbay is a 15th-century fort located on Egypt's Mediterranean coast. The Mamluk Sultan Qaitbay built it to defend the city of Alexandria from the Crusaders.