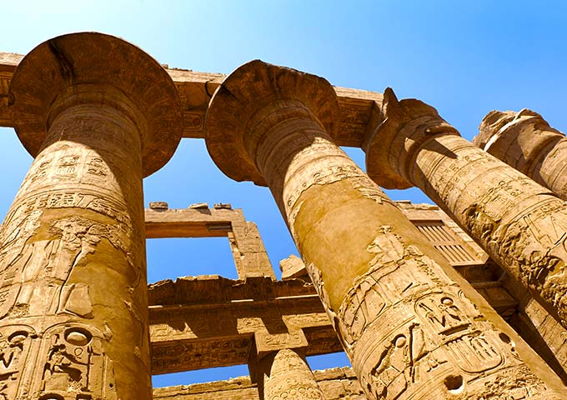 Luxor is one of Egypt’s most popular tourist destinations and is one of the world’s greatest open air museums. The town is located on the banks of the river Nile, approximately 670 km south of Cairo. It stretches out along the east bank of the river with many hotels, shops and restaurants located on the Corniche, which runs along the side of the river.
The name Luxor derives from the Arabic ‘El-Uqsur’ which means ‘The City of Palaces’ and the town is built on and around the ancient site of Thebes which was the capital of the ‘New Kingdom Pharaohs’ (1570-1090 BC). There was much architectural activity throughout the period as each king wanted to leave their mark on this world for all eternity and this is why Luxor now boasts the largest concentration of ancient ruins in the Nile Valley.
There are direct charter flights to Luxor available from most UK airports and there are also direct scheduled flights available with British Airways and Egypt Air from London Heathrow. Neither of these run every day of the week however, so we will tailor-your itinerary to fit your flight dates if you do fly in direct. Many visitors also arrive in Luxor on the overnight train from Cairo or on one of the many Nile cruise boats and felucca sail-boats which sail along the Nile from Aswan.

While there is so much to see that you could spend at least a week visiting sites in and around Luxor, it is possible to visit all the main sites within two or three days, which is the amount of time our tours normally spend here. The most important sites are split between the East and West Banks of the Nile, which allows for two distinct day tours. On the East Bank which is the ‘City of the Living’ there are the Temples of Luxor and Karnak and on the West Bank which is the ‘City of the Dead’ is located the Valley of the Kings & Queens with its rock-hewn tombs, the mortuary temple of Queen Hatshepsut and the Colossi of Memnon, as well as many other sites.

The Temple of Luxor is located in the centre of town and was built by Amenophis III (1417-1379 BC) for the worship of the god Amun Ra and was later enlarged by Ramses II (1304-1237 BC). Karnak Temple is located 3 km north of Luxor and is a huge complex of temples covering 100 acres. Its history spans thirteen centuries and it was once the religious centre of Thebes and Upper Egypt. More recently is was used as a backdrop to the Hollywood blockbuster Indiana Jones and the Raider of the Lost Ark.

The Valley of the Kings, located on the West bank of the Nile was known as ‘the Place of Truth’ and is where the burial tombs of the New Kingdom Pharaohs are located. The tombs were hewn from the rock and were intended to protect the mummies of the pharaohs from grave robbers. There are over 60 tombs which have been excavated and the earliest is said to be that of Tuthmosis I (1525-1512BC), while probably the most famous is that of Tutankhamun which was discovered by Howard Carter in 1922 (this tomb is however, not normally open to the public).

The Valley of the Queens was once known as the ‘Place of Beauty’ and there over 80 tombs here. The valley also contains the tombs of high officials and also the tombs of the Royal children. Some of the tombs are no more than holes in the ground but some of the most elaborately decorated tombs rival those found in the Valley of the Kings.

The Temple of Queen Hatchepsut is built on three terraces and merges with the sheer cliffs of the Theban mountains it was originally surrounded by myrrh trees and had an avenue of sphinxes leading to the Nile. Queen Hatchepsut was the only woman ever to reign over Egypt as a pharaoh and she is depicted in masculine form wearing a pharaoh’s kilt and beard.

Also on the West Bank are the Colossi of Memnon, two 18 feet high statues which are the only remains of the temple of Amenophis III, the Ramesseum which is Ramses II funerery temple and the Medinat Habu temple which is the giant mortuary temple complex of Ramses III.

As well as visiting the main historical sites in Luxor, there are also a number of other options available in Luxor and these include a spectacular early morning hot air balloon flight over the Valley of the Kings, and a Sound & Light Show at Karnak temple which recounts the history of Thebes and the lives of the Pharaohs who built these ancient temples and monuments. Felucca sailboats line the banks of the river and a sunset felucca trip is a popular way to end a day in Luxor.

You can also take horse, donkey and camel trips out into the desert. If you have extra time in Luxor, then a day-trip to the temples at Abydos & Dendara is well worth doing. 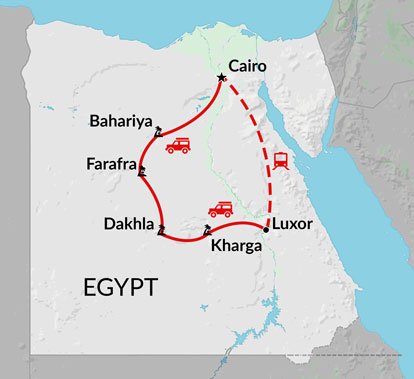 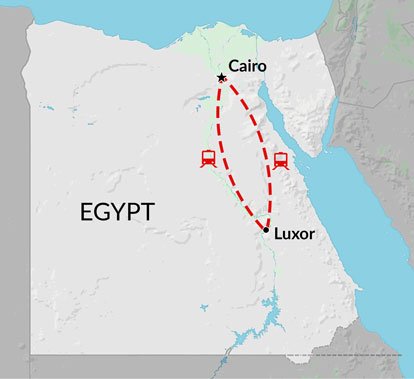 This tour gives an excellent introduction to the many wonders of Egypt. From the Pyramids at Gisa and the temples of Luxor & Karnak to the bazaars and fascinating museums of Cairo this tour showcases the best Egypt has to offer. 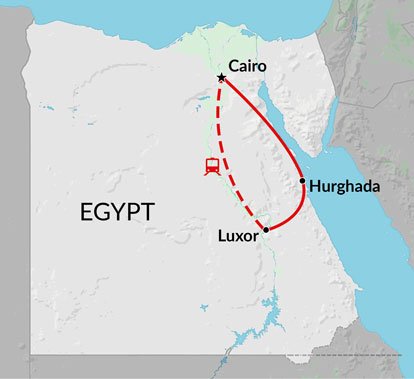 This 9-day tour of Egypt includes many of the most important historical sites in Cairo & Luxor, including the Pyramids & Sphinx and Karnak Temple, then finishes with a welcome beach break on the shores of the Red Sea at Hurghada. 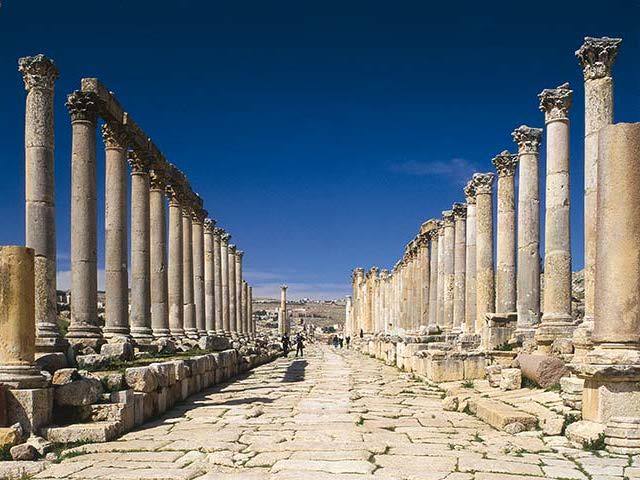 Many tourists today, come to visit the city of Jerash to see the ancient ruins of the city of Gerasa, one of the Roman’s Decapolis cities. 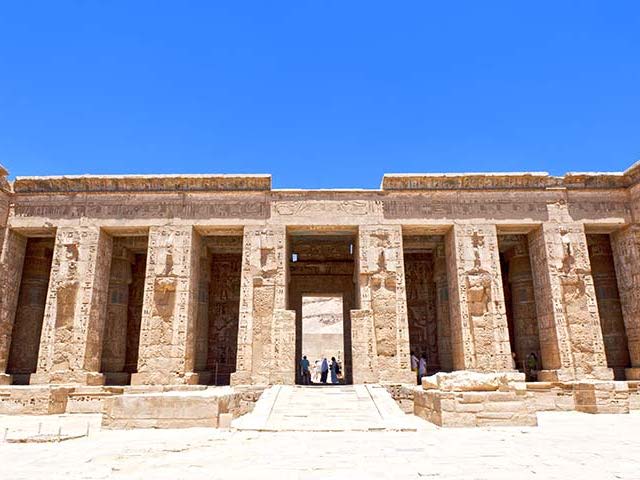 Many people considering booking a holiday to Egypt may have some concerns and questions about visiting the country at the moment. We have made some notes below which will hopefully be informative and helpful.