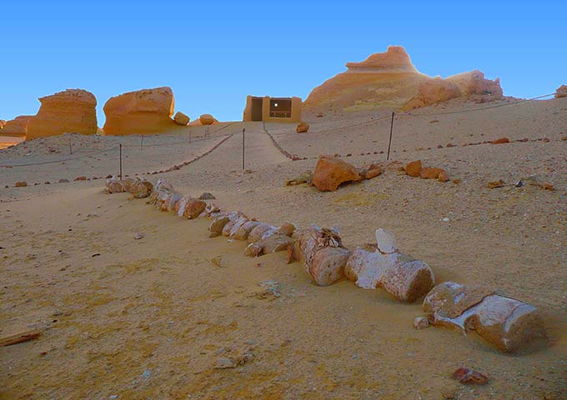 We feel that any tour to Egypt’s ancient sites can be balanced perfectly with a visit to Wadi El Rayan and Wadi El Hitan. Not on many tourist trips, Wadi Rayan is best known locally for its swimming beaches and waterfalls, but is also close to Egypt’s first natural World Heritage Site, the ‘Valley of the Whales’, in Wadi El Hitan.

Wadi El Rayan itself is home to 2 lakes which were formed in 1973 as a result of excess agricultural drainage water from the Fayoum region. Since then, extensive reed beds have formed around the shoreline, which in turn has created a perfect haven and breeding spot for many fish and migratory water birds. The area is now a nature reserve and is home to the world’s sole population of Slender-horned Gazelles, as well as 8 other mammal species and 13 species of bird. In the deserts surrounding Wadi El Rayan many rare and fascinating fossils have been found.

Whilst at Wadi El Rayan, one must visit the only waterfalls in Egypt. Despite being only a few metres high, the waterfalls have featured in many Egyptian pop videos and films. There is a bird-hide a few hundred metres up the shore, and a visitor centre which covers the wildlife, geology and prehistory of Wadi El Rayan. There are staff here keen to tell you about the region . If you want to extend your stay in the desert, there are some beautiful camping spots available by the shore.

Wadi El Rayan is located in the Fayoum area of Egypt. Despite there being no public transportation to Wadi El Rayan, our travellers can easily access the area by taking an optional excursions from Cairo, either as a single day trip, or an overnight tour staying in a hotel close by. We often use the Helnan Auberge hotel, which has recently renovated rooms and a classical style, befitting a hotel that once hosted Winston Churchill. The journey from Cairo takes around 2 hours by minibus/car or 4×4 jeep plus another 40 minutes or so into the desert to the Valley of the Whales. You can book the trip in advance or arrange it while you are in Egypt.

Dating back much further than the Pyramids of Giza, the Sphinx and most of Egypt’s other treasures, the Valley of the Whales shouldn’t be missed. As well as some beautiful desert scenery, cliffs and rock formations, the valley is home to many fossils of amphibious mammals and marine life which were left stranded around 40 million years ago when the sea waters receded.

The Valley of the Whales was announced as World Heritage Site in 2005, because of the quality and quantity of the fossils found in this area. According to the World Conservation Union (IUCN), it is “the most significant site in the world to demonstrate the evolution of whales. This assessment is made in terms of the completeness, quality, concentration and accessibility of the fossils, and the abundant additional evidence enabling a robust construction of the paleogeography and paleoecology of the Eocene marine and coastal environment where they are found.”

To date, around 500 fossils have been discovered including 3 species of Eocene Whale. The largest of these, the Basilosaurus Isis, measured around 21 metres in length and had well developed five fingered flippers, hind legs, feet and toes. The other 2 species were Dorudon Atrox and Ancalecetus Simonsi.

The research done here has been responsible for the discovery of the first evidence of an early whale displaying rear limbs. Wadi El Hitan is now known as the worlds foremost site to demonstrate the evolution of whales. Fossilized mangrove roots have also been discovered leading experts to believe that area once had a landscape resembling that of the Florida Everglades.

A visit to the Valley of the whales is included in both the 1 and 2 day trips that can be taken from Cairo that also visit Wadi El Rayan. There is a well signed walk of between 1 and 3km through the valley with a wide range of whale, mangrove and other fossils to be seen. There is also a basic bedouin style tented campsite in a hollow in the cliffs which can make for a beautiful overnight stay in the desert. 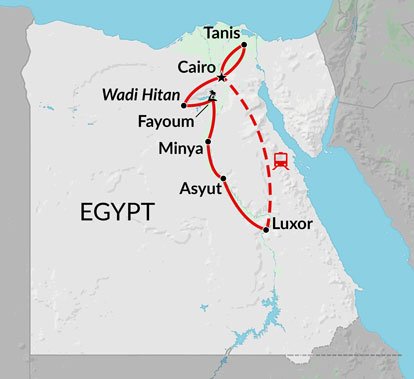 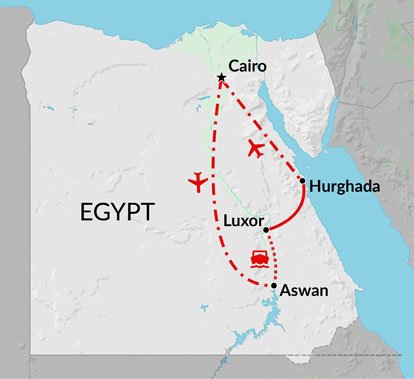 This classic Egypt tour & cruise takes you on a journey from Cairo along the Nile Valley visiting Egypt's best Pharaonic sites en route, and includes a 3-night luxury Nile cruise and time by the Red Sea in Hurghada. 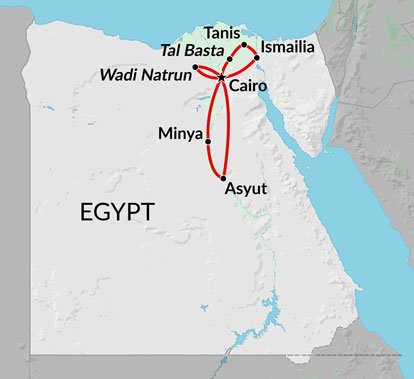 This tour follows the path which the Holy Family took through Egypt, as described in the Gospel of Matthew, where Joseph, his wife Mary and their infant son Jesus escaped King Herod's 'Massacre of the Innocents'. 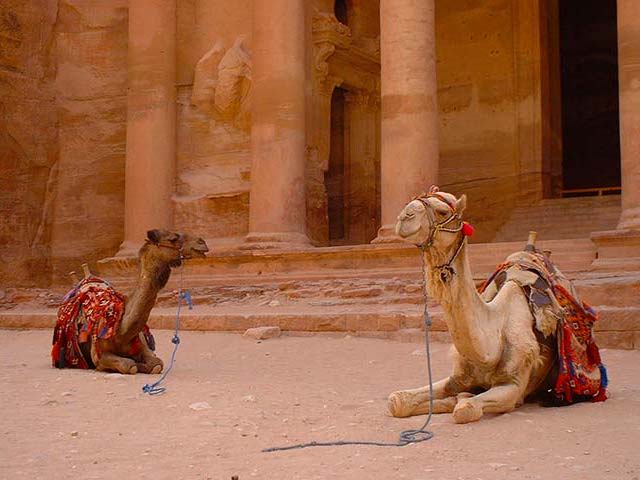 Described as ‘one of the most precious cultural properties of mans cultural heritage’ by UNESCO and designated as a world heritage site in 1985, Petra truly is an amazing site to see. 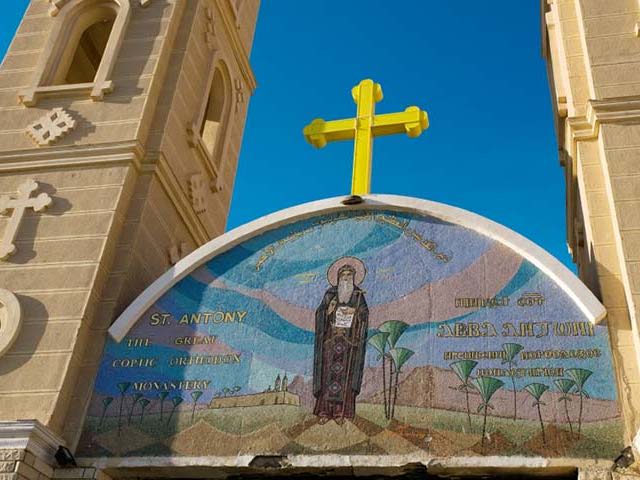 St Anthony’s Monastery stands at an oasis spring in the Red sea mountains around 100 miles from Cairo, it is the worlds oldest active monastery. It was founded around 356 AD just after the death of St Anthony, on his burial site.