Things to do in Jordan 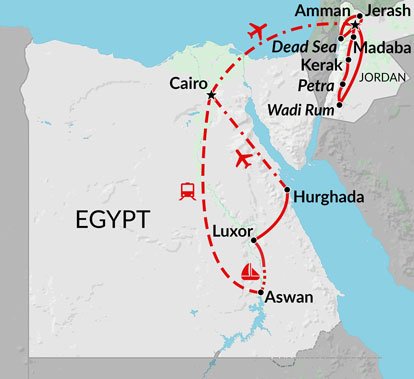 This family adventure gives you a taste of everything that Jordan has to offer. Historical sites like Jerash & Petra, stunning destert scenery at Wadi Rum, and Red Sea beaches. A fun and educational holiday for the whole family. 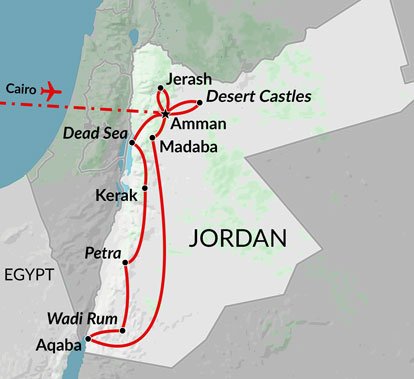 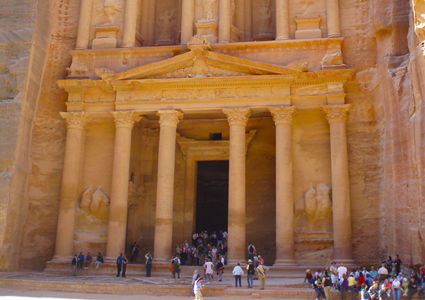 Jordan is a fascinating country to visit. A hugely significant country in many religions and cultures, it has a rich history for you to explore and some wonderful places to visit. Quintessentially Middle Eastern, it has become increasingly accessible in recent years as travellers yearn to experience all the things to do in Jordan. Widely accepted as the safest and most stable and progressive country in the region, tourists are attracted by the lure of the ancient ruins and the intoxicating sights, smells and sounds that avail your senses at every turn.

Jordan Tourist Attractions are plentiful and diverse. You will find beautiful desert and mountain scenery all around you as you tour this spectacular rugged landscape, especially striking at sunrise and sunset. Many of the most significant places to visit are the ancient Biblical sites; the east bank of the Jordan river where Jesus was baptised, the fortress where King Herod imprisoned John the Baptist and Mount Nebo where Moses cast eyes on the promised land to mention but a few.

Jordan is full of ancient and spectacular ruins from different points in history, and there are some fantastic Roman crusader castles that should certainly be added to your list of things to do in Jordan. The Roman ruins at Jerash are one of Jordan’s top tourist attractions. They are incredibly well preserved and the ancient walled city survives today allowing you an insight into what life was like then by learning about the religious, administrative and commercial activities. The roman mosaics at Madaba and the impressive crusader castle at Kerak should also not be missed.

Probably the most famous tourist attraction in Jordan is the ancient Lost City of Petra. People travel from all over the world to see this amazing place and you should allow at least a day to explore, more if time allows. This incredible UNESCO World Heritage site is carved into the rocks and lay undiscovered for centuries. It has always been an enduring attraction for explorers and was also used as the setting for the third Indiana Jones film amongst others. Built in the 3rd Century BC, it has been described by UNESCO as “one of the most precious cultural properties of man’s cultural heritage”.

A visit to the beautiful Wadi Rum should be on anyone’s list of things to do in Jordan. Also known as the Valley of the Moon, the valley is cut into the rocks and attracts visitors wanting to experience desert horse or camel trekking, hiking, rock climbing and camping out under the stars in a traditional Bedouin camp. The golden and red desert landscape is a real treat and most tours of Jordan should include this on their list of places to visit.

Jordan isn’t only about desert and mountains of course. There is the mystical salty Dead Sea where visitors float on top of the strange tranquil waters and experience mineral rich healing mud baths. The nearby hot springs at Hammamat Ma’in are not to be missed either, boasting thermal waterfalls that originate up in the highland plains with mineral rich waters reaching up to 63 degrees. Those looking for a relaxing beach holiday should visit the charming Red Sea resort of Aqaba that offers beautiful beaches and top notch diving and snorkelling in the coral filled blue waters. The modern capital city of Amman is an intoxicating blend of art galleries, ultra-modern hotels, commercial buildings and restaurants in the west, combined with old souks, mosques and traditional jewellery workshops in the older downtown area in the east – a capital city with something for everyone.